After a stunning run on the Circuit of Ireland, where he swapped times with eventual winner Craig Breen for the duration of the event, we can reveal that Dubliner Rob Barrable has concluded a deal to compete in the 2015 Cartell.ie Rally of The Lakes.

With support from Patch Tyre Equipment and Airport Hire, Rob will drive a McKinstry Motorsport Subaru S14 and is typically confident ahead of the event.

This throws the car firmly amongst the pigeons in the run up to the event as there is little doubt that he should be able to run at the very front. As the Formula Ford competitors found out at the Formula Ford Festival “Dash for Cash” last year, Rob acclimatises him self to different machines extremely quickly.

Rob Barrable: “I’m looking forward to this one. I might not be used to the car but I know the stages and it won’t take me long to get into my stride. It’s great to have Brian (Matthews) and Patch Tyre Equipment onboard too- they are great supporters of Irish Motorsport so let’s see if I can pay them back with a win!”

Brian Matthews: “I’m delighted to be involved with Rob. We have a great history in rallying with various drivers and Rob was hugely impressive on the Circuit of Ireland recently. I am looking forward to a great weekend in Killarney!”

Barrable started his motorsport car in Ireland in circuit racing – firstly in karts, before turning to single-seaters and then saloon car racing with a season in the Ford Fiesta Trophy. He switched to rallying in 2010, following in the footsteps of his father Michael. A year after entering his first rally, Barrable was crowned British and Irish Citroën C2 R2 champion.

In 2011 he stepped up to S2000 machinery for a selection of Irish, British and international events in a Skoda Fabia S2000. He kept the Skoda for 2012 when he contested selected rounds of the Intercontinental Rally Challenge.

He made the step up to the WRC in 2013, as part of the Tunnock’s World Rally Team. In 2014 he returned to the circuits on a one off drive and won the Irish Formula Ford Festival against stiff opposition. 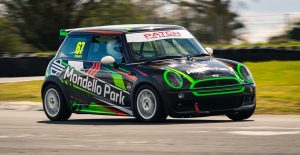 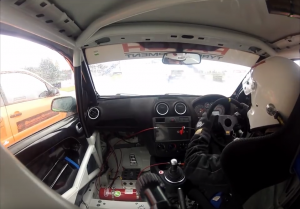